A Deadly Deed ​with Catastrophic Consequences 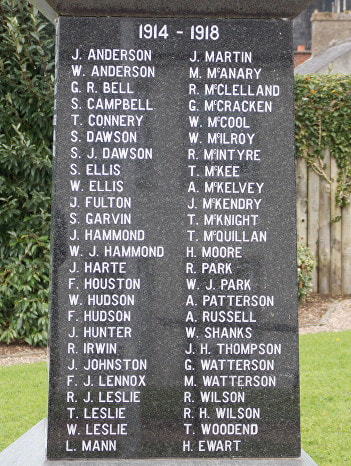 One Man’s Action and its Cost

It is hardly likely that the Bosnian teenager, Gavrilo Princip, had calculated or comprehended the catastrophic consequences that his murderous action would effect when he assassinated the Archduke Franz Ferdinand on June 28, 1914. The murder of this heir to the throne of the Hapsburg empire along with his wife Sophie in Sarajevo Bosnia on that fateful day ultimately proved to be the catalyst that set Europe ablaze and plunged the world into war, a war that would cost the lives of over 14 million people.
​
It is also hardly likely that the first man, Adam, had calculated or comprehended the catastrophic consequences of his act of disobedience against the commandment of God when he ate of the fruit of the tree of the knowledge of good and evil (Gen 2:16-17). Yet, it was that one action that brought sin and death into the world as the Bible says:

'Through one man sin entered the world, and death through sin, and thus death spread to all men, because all sinned' (Rom 5:12).

Death is the painful and powerful reminder that man is a sinner alienated from God. Also, because of the universal reach of sin every individual has been affected by its moral, spiritual, physical and eternal consequences. And, just as 20th century history tells the tragic story of WWI so it is that all the centuries of history tell the sad story of the dreadful reality of sin in the world.

One Man’s Sacrifice and its Benefit

The good news of the gospel informs us that God has the answer for sin and that answer is in His Son, the Lord Jesus Christ. He came into the world sent by His Father to provide salvation for the human race.

'This is a faithful saying and worthy of all acceptance, that Christ Jesus came into the world to save sinners' (1 Tim 1:15).

Adam was warned that sin carried the ‘price tag’ of death. When you go into a shop to purchase an item of clothing or some other commodity, one of the things you do is you look at the price tag. How much does it cost is very relevant to most people. Sin came with a cost. It still does. However, the Lord Jesus came to pay the cost for us which meant He had to sacrifice Himself and this He did on the Cross at Calvary. Again the Bible says:

'Once at the end of the ages, He has appeared to put away sin by the sacrifice of Himself' (Heb 9:26)

Since He ‘put away sin’ before God, who is holy and just, your sins and mine can be forgiven. How? Through repentance and faith in the Lord Jesus Christ. God forgives us because of the abiding value of the blood of Christ. Alternatively, if we do not accept the payment Christ made for us on the Cross we will have to pay for our own sins. The problem with this is, it will take forever - literally. Eternal separation from God in the awful reality of unending judgment is the price divine justice and absolute holiness demands of every sinner and that is a ‘price’ you cannot afford to pay.

'Through this Man is preached to you the forgiveness of sins; and by Him everyone who believes is justified from all things from which you could not be justified by the law of Moses' (Acts 13:38-39).