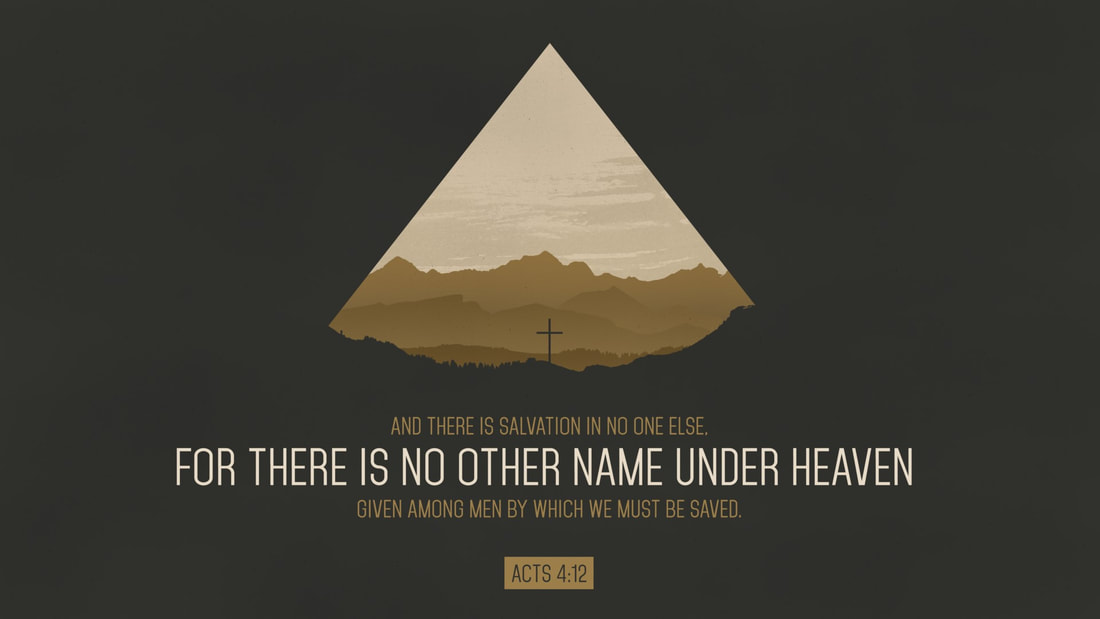 Why Must We be Saved?

​The religious dignitaries, before whom Peter and John appeared the day after the lame man was healed, would normally have had little time for two Galilean fishermen. They considered the apostles uneducated and untrained regarding the scriptures, but with the miracle performed and the subsequent impact of their preaching, they were forced to hold them accountable for their actions.

Peter, who had previously denied that He knew the Lord Jesus during His trial, was now a changed man. Standing courageously and speaking fearlessly he faced these leaders with facts they didn’t want to hear: “By the name of Jesus Christ of Nazareth, whom you crucified, whom God raised from the dead, by Him this man stands here before you whole. This is the ‘stone which was rejected by you builders, which has become the chief cornerstone.’ Nor is there salvation in any other, for there is no other name under heaven given among men by which we must be saved” (Acts 4:10-12).

Peter was direct as he faced these leaders. He charged them with their responsibility for Christ’s crucifixion, and he informed them that salvation was through Him alone. But in using the words "we must be saved" Peter was including himself and John to emphasize the fact that all people need to be saved - the leaders, Peter, John and everyone else.

The verb ‘saved’ is a thoroughly Biblical word appearing many times in the New Testament. It is not a difficult concept to understand whether we think of it in a physical or spiritual sense. Simply defined, it means to be rescued from danger and brought to safety. On one occasion the disciples were crossing the Sea of Galilee and with such a busy life, the Lord Jesus took the opportunity to have a sleep on the boat. Suddenly, a storm arose and the disciples, overcome with fear, awoke the Lord and cried “Lord, save us! We are perishing!” Jesus arose, rebuked the disciples for their lack of faith, and then rebuked the wind and sea bringing ‘a great calm’ (Matthew 8:23-27). The experience of the disciples illustrates something of our spiritual need. We are in danger of perishing in our sins and of this we ought to be afraid. We cannot save ourselves but there is one who can – the Lord Jesus, and upon Him we must call. The Lord Jesus has the power to save and the Bible promises; ‘Whoever calls on the name of the Lord shall be saved’ (Romans 10:12).

Living not far from a hospital, I frequently hear, and often see an ambulance on an emergency call. The lights flashing and the sirens sounding tell that someone somewhere is in urgent need of help. Understanding our need for salvation is important, but recognising the urgency of that need is vital.

The Bible teaches that we are spiritually lost because of the entrance of sin into the world. Sin is the cause of our alienation from God and the reason all are under the sentence of death: ‘Wherefore, as by one man sin entered into the world, and death by sin; and so death passed upon all men, for that all have sinned’ (Romans 5:12 KJV).  Being spiritually lost means that we are presently perishing, in other words - we are dying men and women facing the ultimate danger of perishing in our sins and being condemned forever in the judgment of God. This is what makes are need of being saved urgent.

The Importance of Time

Clearly in any emergency situation time is of the utmost importance; the sooner an emergency service reaches someone in need of help, the greater will be the hope of rescue. That is why emergency personnel, are trained to act urgently and speedily – every second counts. God is earnest and His call in the gospel is present, urgent and real; He wants to reach us in time. We need to respond while we have opportunity – tomorrow for any of us could be too late. Not one of us knows when the ‘clock of life’ will stop, a point well made in the following lines:

The clock of life is wound but once,
And no man has the power
To tell just when the hands will stop
At late or early hour.

The present only is our own,
So Live, Love, toil with a will --
Place no faith in 'Tomorrow' --
For the clock may then be still.

The Bible instructs us to ‘seek the Lord while He may be found, call upon Him while He is near’ (Isaiah 55:6), warns us to ‘not boast about tomorrow, for you do not know what a day may bring forth’ (Proverbs 27:1), and reminds us that ‘it is appointed for men to die once, but after this the judgment’ (Hebrews 9:27). Now, this very moment, is the time to repent and believe in the Lord Jesus for tomorrow is not guaranteed and may be too late.

It would be rather shocking if the emergency personnel who came to a rescue were neither equipped for, nor skilled in the discharge of their duty. We would expect to be reached by those who have been appropriately trained and who have proven competent for the performance of their responsibility. You wouldn't want to be rescued by a coast guard who couldn’t swim, or a fire officer who is afraid of heights! No, you would only be confident in the hands of an able saviour.

Jesus Christ is the only able Saviour of sinners. He is the only one skilled and competent to rescue us from the power of sin and the danger of eternal judgment. His death upon the cross and resurrection from the dead prove that He is the only Saviour mighty to save. This is why Peter states: “Nor is there salvation in any other, for there is no other name under heaven given among men by which we must be saved” (Acts 4:12). God’s provision of salvation is in the Lord Jesus Christ and Him alone. When He was impaled upon the cross it was because of our sins and for our sake. He bore the punishment sinners deserve as decreed by God’s holy justice and the success of His work on the cross has been demonstrated through His bodily resurrection from the dead. He is able and ready to save you today.

The Lord Jesus launched God’s great rescue mission to the world before ascending back to heaven with these words: “Thus it is written, and thus it was necessary for the Christ to suffer and to rise from the dead the third day, and that repentance and remission of sins should be preached in His name to all nations, beginning at Jerusalem” (Luke 24:46-47). The gospel is God’s ‘lifeline’ to salvation for perishing souls. A lifeline is a line or rope used for saving or preserving life, such as the rope that hangs around the edge of a lifeboat for those in the water to hold, or a rope connected to a lifebuoy that will save someone from peril in the water, or lines around a boat to prevent anyone from going overboard.

Edward S. Ufford was a young pastor of the First Baptist Church in Westwood, a hamlet not far from the city of Boston, USA. During low waters he could see the remains of an old wreck embedded in the sand. His mind was often stirred to imagine what had happened that fateful night when the storm tossed vessel was smashed to pieces on the shore. Thinking of this one day during the fall or autumn of 1886 he decided to conduct an open air gospel meeting in the village square the following Sunday to warn passers-by of their spiritual danger. Returning home afterwards it took him only fifteen minutes to write the first four verses of his famous hymn, Throw out the Lifeline, as he thought of the ship in peril. Grasp the lifeline of the gospel today ‘Believe in the Lord Jesus Christ and you will be saved’ (Acts 16:31).