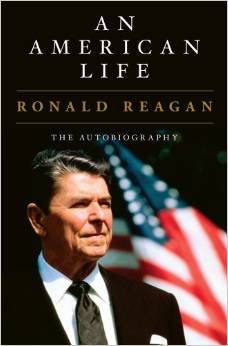 On the morning of March 30th 1981, Ronald Reagan, the 40th President of the United States of America, arrived at the Hilton Hotel in Washington D.C. dressed in a brand-new blue pin-striped suit to address a gathering of the Construction Trade Council. After delivering his speech he exited through a side door and passing a line of press photographers and TV cameras he made his way to the Presidential limousine parked thirty-feet away. Almost at the vehicle, the President ‘heard what sounded like two or three firecrackers’ going off somewhere over to his left. Immediately, Jerry Parr, head of the White House Secret Service unit, hurled the President into the back of the limousine and shielding him with his own body instructed the driver to start for the White House.

Unfortunately, and despite the swift action of this agent, President Reagan had been hit by a bullet fired from the gun of a lone assailant, John Hinckley Jr. The bullet ricocheted off the Presidential limousine through the narrow gap of the door hinges and into the side of the President under his left arm. Jerry Parr, having scrambled off the President and becoming aware that he was wounded, promptly redirected the driver to the George Washington University Hospital where President Reagan received urgent medical attention.
​
Others were hit that day. Secret Service Agent, Tim McCarthy, had also bravely put his life on the line in order to save the President. Standing between the gunman and the President, he ‘spread-eagled himself to make as big a target as possible’ and took a bullet ‘right in the chest.’ These men, who did their duty selflessly and sacrificially, earned the gratitude of President Reagan.

This story reminds us of another selfless sacrifice. The Lord Jesus Christ, God’s only Son, allowed Himself to be lifted up upon a cross for our sake. Hanging on that cross, He put Himself between God and sinners and took the full force of divine judgment ‘aimed’ at you and me. He sacrificed His life in order to save us.
Have you appreciated and accepted by faith what He did for you on that cross?

But He was wounded for our transgressions,
He was bruised for our iniquities;
The chastisement for our peace was upon Him,
And by His stripes we are healed.
Isaiah 53:5