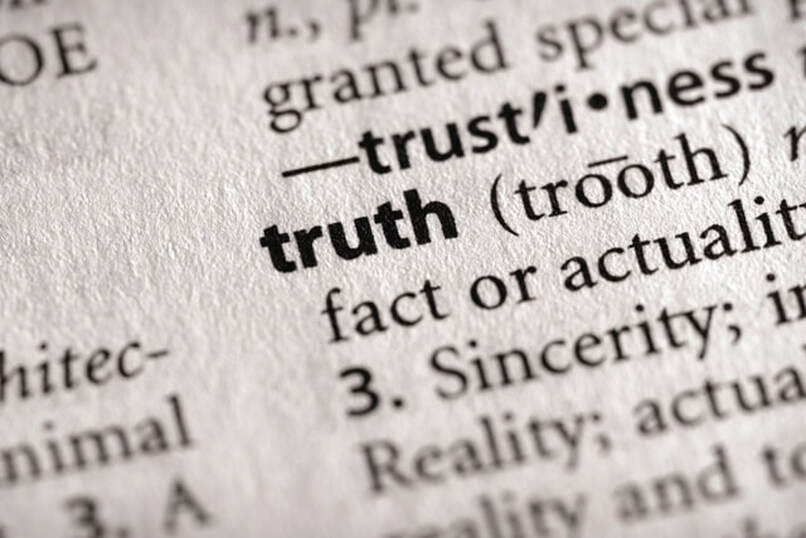 "You shall know the truth, and the truth shall make you free”

In a world where life can range from the mundane to the stressful, many find it desirable, and even at times essential, to escape from the everyday realities of living. Some engage their imagination through the printed page of a novel, or a visit to the theatre; others get lost in the fantasy of a Hollywood blockbuster or the virtual world of computer gaming, and there are those who pursue the deadly use of drugs or the intoxication of alcohol.

Whatever escape route one pursues, it will only be temporary in nature, and at best, limited in value. Ultimately we must face up to the reality and responsibility of life. Irrespective of our worldview, we recognize that life can only have meaning and coherence because certain unalterable realities exist! From the laws of nature to the laws of government, there are unchangeable principles and standards of practice that guide and control the way we think, act and live.

However, there is one ultimate and eternal reality that transcends, and is sovereign over everything else – God! Life originated from Him, truth is defined by Him and all men are accountable to Him. “God, who made the world and everything in it… He gives to all life, breath, and all things” (Acts 17:24-25).

The abandonment of divine truth for the selfish pursuit of personal gain and gratification will always bring disastrous consequences and keep man at odds with His Creator. The words of the Greek tragic dramatist, Aeschylus (525 – 456 B.C.) are very poignant: “In war, truth is the first casualty”. When man sinned against God and became His enemy, under the control of Satan, truth indeed became the “first casualty”. For millenniums the truth of God’s word has suffered the rejection, attack, and suppression of men. Volumes of literature have been written to deny the existence of God, and promote theories that claim to explain the cause and meaning of life. Now, by means of the world wide web and other powerful forms of electronic media, not only does the attack on truth continue unabated, it easily reaches right into our homes and families in so many different guises, and often with devastating effect!

The loss of certainty regarding truth, and the attempted elevation of man over God, are traced back to the Garden of Eden at the beginning of this world’s history. There, Satan deceptively appeared in the guise of a serpent and spoke to the woman, first of all to challenge, and then flatly contradict the word of God. With the woman deceived and the man disobedient, they together ate of the fruit of the tree of the knowledge of good and evil, concerning which God said, “In the day that you eat of it you shall surely die” (Gen 2:17). The entire human race has realized the consequences of Adam’s disobedience: “By one man sin entered into the world, and death by sin; and so death passed upon all men, for that all have sinned” (Romans 5:12 KJV).

Down through the centuries of time, since that dreadful denial of truth in the Garden of Eden, man has sought to define truth for himself. Pontius Pilate, the Roman governor at the time of the trial of Jesus asked Him a very pertinent question: “What is truth?” (John 18:38). Before Jesus could answer Pilate had walked away. In Pilate’s Roman world of pagan gods and political intrigue, his skepticism regarding truth is understandable, but not excusable. Before him stood the Lord Jesus Christ, a man who not only had the answer, He was, and is, the answer to the ultimate meaning of truth. The Lord Jesus is the very source of all truth and meaning for, according to the Bible, everything exists because of Him, but during His trial when He reminded Pilate that He came into the world as a “witness to the truth” (John 18:37), He was specifically referring to the knowledge of the Father and that He was the true and full revelation of God. Only Jesus could say, “I am the way, the truth, and the life. No one comes to the Father except through Me” (John 14:6).

The Lord Jesus was no secondary “witness to the truth”; rather He was in Himself the very embodiment of truth. This is because He is no less than God, being eternally divine, the very Son of God.  When He referred to Himself as “the truth”, He meant that He is the full revelation of God to man, and therefore the only way to God, and the only source of eternal life.

The fullness of that revelation was seen, even while the Lord Jesus was hanging on the cross. The Bible says, “God is light” (1 John 1:5). A holy and righteous God will not ignore sin, but must expose and punish it. The Lord Jesus, being divine and sinless, was able to bear on the cross the punishment that our sins deserve, and obtain God’s forgiveness for us.

The Bible also says; “God is love” (1 John 4:8). God has revealed and demonstrated His remarkable love toward us, through sending His Son into the world to ultimately die upon the cross, and rise from the dead, so that we could be saved. “God commendeth His love toward us, in that, while we were yet sinners, Christ died for us” (Romans 5:8 KJV).

To know the Lord Jesus means to know the truth. He said, “You shall know the truth, and the truth shall make you free” (John 8:32). Knowledge of Jesus as Lord and Saviour sets us free from the bondage and consequences of sin. The alternative is to continue life exposed to the deception of Satan, to face death without hope, and to finally experience the darkness of judgment forever. The urgent call of the gospel is: “Believe on the Lord Jesus Christ, and you will be saved” (Acts 16:31).