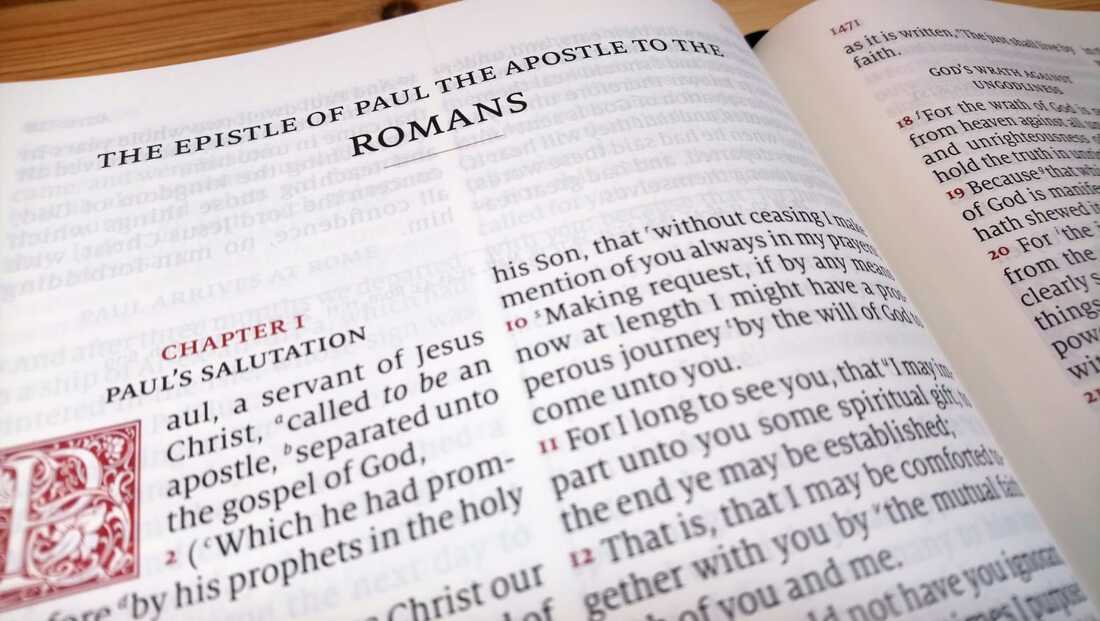 Paul’s Salutation to the Saints in Rome vs 1-7

The Author and His Identity v 1
Paul begins his epistle to the Romans by identifying himself in three particular, yet related ways. He writes as the bondservant of His Master – ‘Jesus Christ’ and as such, he fulfils his calling as ‘an apostle’ in a life ‘separated to the gospel of God’. Apprehended by the exalted Christ on the Damascus road as the light of His glory shone around him, the raging persecutor humbly submitted to Jesus as Lord and was gloriously saved to serve Him. Called by God’s grace this ‘chosen vessel’ (Acts 9:15) was commissioned and sent forth by the Lord Jesus as ‘the apostle to the Gentiles’ (Rom 11:13; Acts 26:16-18) to live and preach the gospel of God in order [as he states in v 5] ‘to bring about the obedience of faith for the sake of His name among all the nations’ (v 5 ESV). It is concerning this gospel, which Paul summaries here in his opening words so powerfully, that he is going to write to the saints in Rome.

The Gospel and its Theme vs 2-4
The gospel of God is all about a person – none other than the Son of God, ‘Jesus Christ our Lord’ (v 3). God had promised His coming ‘through His prophets in the Holy Scriptures’ (v 2). This indicates that the gospel of God was ever in God’s mind and purpose. He promised it through His prophets who recorded these many promises concerning the coming Messiah on the pages of Holy Scripture. Paul’s point is not merely that prophecy predicted the coming of the Christ, rather, he is stressing how God specifically promised that He would come and the fact of His promises made and fulfilled demonstrate not only the unchanging character of God and His absolute faithfulness, but also the accuracy, authenticity and authority of Scripture. God keeps His word.

Paul makes two statements concerning the divine Son - He ‘was descended from David according to the flesh’ (v 3 ESV), and in the flesh He was ‘declared to be the Son of God with power according to the Spirit of holiness, by the resurrection from the dead’ (v 4). Paul emphasis the royal lineage by which the Son came in His humanity. This proves He is the promised Messiah. God assured David that his house, kingdom and throne would be established forever (2 Sam 7:16; Psa 89:35-36) and that from his descendants would come a mighty deliver and ruler (Isa 9:6-7; 11:1-5; Jer 23:5-6). The great wonder of the gospel message is the incarnation. He who is eternally the Son of God became the Son of David as the Old Testament promised. The New Testament opens with the story of how God fulfilled His promise. The gospel of Matthew begins with these words: ‘The book of the genealogy of Jesus Christ, the Son of David, the Son of Abraham’ (Matt 1:1). Matthew records the genealogy from Abraham to David the king and then from David he traces the royal line right to Joseph the carpenter, ‘the husband of Mary, of whom was born Jesus who is called Christ’ (Matt 1:16). Matthew shows that He who was uniquely born of the virgin, Mary - herself a descendant of David - was given the legal status of the firstborn son in the house and family of Joseph, Mary’s husband. Thus was established His place not only in the royal line, but as the final and rightful heir to the throne of David. Jesus had no physical progeny, the line ends with Him (Matt 1:18-25). But, not only is the Davidic descent of Jesus vital to the gospel promises of God so also is His divine identity as David’s Son. On this very issue, Jesus confronted the Jews a few days before the Cross:

They couldn’t answer nor would they’re unbelief let them answer. The implication was clear; the Messiah must be far more than the Son of David if He is David’s Lord and indeed He is. This is why Paul asserts that He was ‘declared to be the Son of God with power’ by His resurrection. Just as His birth identified Him as the Son of David, His resurrection identified Him as the Son of God. Moreover, He became Son of David ‘according’, or in relation ‘to the flesh’ and He was declared Son of God with power ‘according’, or in relation ‘to the spirit of holiness’. The ‘spirit of holiness’ either refers to His own spirit or the Holy Spirit. If His own spirit, it highlights the sinless and holy life lived by Jesus. He ever walked and served in the full consciousness of undefiled intimacy and unbroken fellowship with His Father and the only possible outcome of such a life of perfect holiness and obedience even in death was His glorious resurrection (Phil 2:8-9). Alternatively, if the reference is to the Holy Spirit who particularly came upon the Lord Jesus at His baptism (Matt 3:16) anointing Him for the fulfillment of His ministry (Luke 4:18) and through whom He ‘offered Himself without spot to God’ (Heb 9:14), then just as the fullness of the Spirit operated in that perfect life of holiness and obedience, so it was in His death. He was raised from the dead by the power of the Spirit of God. The Messiah’s expectation was realized in resurrection: ‘For thou wilt not leave my soul to Sheol; neither wilt thou suffer thine holy one to see corruption’ (Psa 16:10 KJV).

It is fitting that in the Greek Text His threefold title - ‘Jesus Christ our Lord’ comes at the end of v 4 rather than at the beginning of v 3. He truly is God’s Saviour, Anointed Sovereign and Exalted Lord.

The Recipients and their Standing vs 5-7
The Roman believers had responded to the gospel call and were among the saved of the nations through, and for the glory of the name of Jesus Christ. As with all who honour the Son of God by acknowledging Him as Lord, they were specially loved of God and as they lived in Rome and moved among its people they fulfilled their calling as saints; a status and identification which is the lot of everyone who obeys by faith the gospel. There is no waiting for merited sainthood to be conferred after death by some ecclesiastical authority, rather Christianity is about living a holy life in a sinful world not to merit divine favour, but because of it.

And so, Paul finally brings to these believers the beautiful greeting of divine grace and ‘shalom’ - peace from the Father and the Son and so completes his extended salutation.
AJC


ESV - “Scripture quotations are from the ESV® Bible (The Holy Bible, English Standard Version®), copyright © 2001 by Crossway, a publishing ministry of Good News Publishers. Used by permission. All rights reserved.”